Apixaban for Thromboprophylaxis: An Alternative to Enoxaparin? | Physician's Weekly
×

Apixaban for Thromboprophylaxis: An Alternative to Enoxaparin? 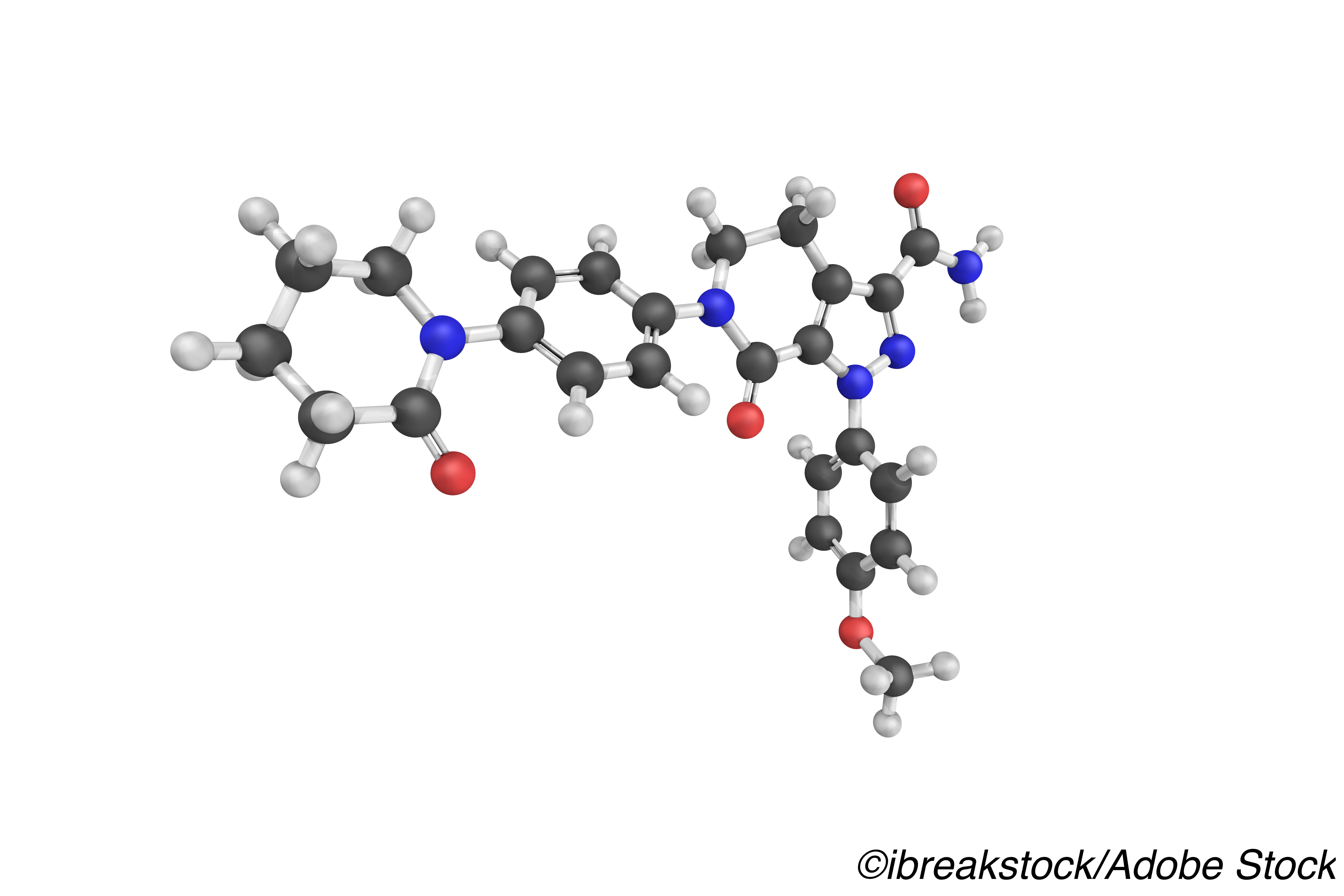 “Venous thromboembolism (VTE), which includes deep venous thrombosis (DVT) and pulmonary embolism (PE), remains one of the most lethal complications in women who undergo surgery for gynecologic cancer. Because gynecologic tumors growing within the pelvis involve lymphatic drainage in direct contact with lower extremity vessels, VTE rates are significantly higher in women with gynecologic cancer compared with other cancers,” according to Saketh R. Guntupalli, MD, of the University of Colorado School of Medicine at Denver, Aurora, CO, and fellow researchers.

“Rates of DVT after gynecologic cancer have been reported as high as 26% in untreated women and as high as 9% for postoperative PE,” they added.

For these women, prophylaxis with subcutaneous low-molecular-weight heparin can be inconvenient, time consuming, expensive, and painful, and is associated with numerous side effects. Enoxaparin is another therapeutic option for these patients, but adherence in the outpatient prophylactic setting is low. Clearly, an alternative is needed.

Oral apixaban has been previously studied in preventing VTE in patients who have undergone hip and knee replacement surgery, as well as in high-risk cancer patients in ambulatory settings. This patient-based, multicenter, open-label, blinded endpoint, randomized study, however, is the first to assess oral apixaban in patients with gynecologic cancers.

The most common cancer was ovarian or fallopian (42.0%) and the most common surgical procedure was total abdominal hysterectomy with bilateral or unilateral salpingo-oophorectomy (57%).

The same was true for the following:

Study limitations included low VTE and bleeding rates and researchers’ inability to blind patients to which study drug they received.

“Postsurgical venous thromboembolism (VTE) pharmacologic prophylaxis is recommended for patients with cancer by the American Society for Clinical Oncology (ASCO) and the American Academy of Chest Physicians, as well as in the Gynecologic Oncology Enhanced Recovery After Surgery (ERAS) recommendations,” she wrote in an accompanying editorial. “Malignancy and radical pelvic surgery are known risk factors for the development of VTE, highlighting the distinct need for effective and tolerable prophylactic strategies for women with gynecology cancers.”

Diver also touched on the drawbacks to standard prophylaxis with low-molecular-weight heparin and enoxaparin, stressing: “Patients in the past have demonstrated lower adherence with injectable prophylaxis, and patient preference for an oral medication is clear in the findings of this trial.”

These positive results using apixaban for oral VTE prevention from Guntupalli and colleagues are important.

“As more data are acquired through general use and repeated clinical trials, we are likely to see the emergence of a new standard of care for these women that improves patient satisfaction and may improve compliance. In light of these data, a noninferiority trial designed to assess efficacy of VTE prevention will be required to change standard of care for all women in this patient population, and this study provides the scientific rationale to launch such an investigation,” Diver concluded.

This study was supported by Bristol-Myers-Squibb and Pfizer, Inc.

Diver has received personal fees from Clovis Oncology and GlaxoSmithKline.