Appendicitis: Medicine as Good as Surgery? 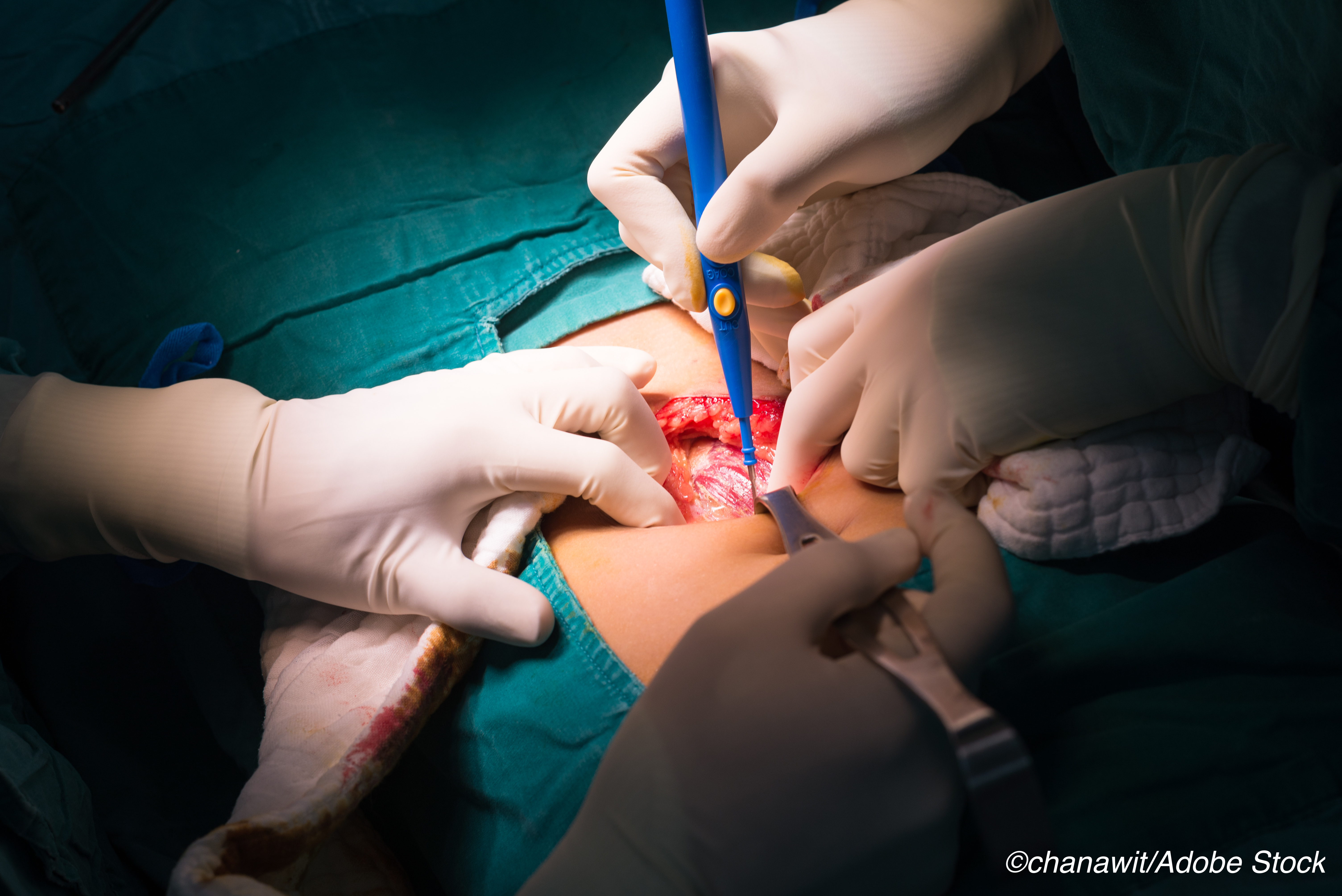 Treatment with antibiotics proved non-inferior to appendectomy for appendicitis even though nearly three in 10 patients still underwent the surgical procedure by 90 days, researchers reported. However, they also argued that seven in 10 patients on antibiotics avoided surgery altogether.

In a trial that compared a 10-day course of guideline-approved antibiotics with appendectomy, the non-invasive treatment was noninferior to appendectomy on the basis of 30-day European Quality of Life-5 Dimensions (EQ-5D) questionnaire scores (0.92 versus 0.91) for a mean difference of 0.01 points (95% CI −0.001 to 0.03), according to David R. Flum, MD, MPH, of the University of Washington in Seattle, and co-authors in the CODA Collaborative.

Still, they pointed out that “An alternative perspective is that, in the antibiotics group, more than 7 in 10 participants avoided surgery, many were treated on an outpatient basis, and participants and caregivers missed less time at work than with appendectomy,” adding the option of outpatient treatment for appendicitis may be particularly appealing during a pandemic.

In an editorial accompanying the study, Danny Jacobs, MD, MPH, of Oregon Health and Science University in Portland, said the study raised two “key questions,” the answer to which do not seem to favor antibiotics-only treatment.

“First, what other factors relevant to medical care and treatment should be considered in comparing these treatment options? Second, would patients and their providers accept an alternative to appendectomy, depending on the circumstances?” he wrote.

Jacobs reiterated that by 90 follow-up days, a significant number of patients who receive antibiotics still got an appendectomy. In addition, these patients had higher complications rates, spent more time as inpatients, and landed the emergency department (ED) more often.

As for clinicians embracing antibiotics-based treatment, “Considering that laparoscopic appendectomy is a highly effective therapy…I believe that most providers would recommend surgical treatment for uncomplicated appendicitis if that option is available. I know I would,” he stated.

Guidelines from groups such as the Infectious Diseases Society of America (IDSA) and the Surgical Infection Society (SIS) allow that “Nonoperative management of selected patients with acute, nonperforated appendicitis can be considered if there is a marked improvement in the patient’s condition prior to operation.”

In 2019, the Eastern Association for the Surgery of Trauma/American College of Surgeons (ACS) released guidelines stating that “we were unable to make a recommendation for or against the antibiotics-first approach as primary treatment for uncomplicated AA [acute appendicitis].”

But Flum and co-authors highlighted that the ACS, “have suggested reconsideration of many aspects of care delivery, including the role of antibiotics in the treatment of appendicitis,” in the Covid-19 era.

The current study was done at 25 U.S. centers (2016 to 2020) in 1,552 adults (63% male in both groups; age around 38 years; majority white), 414 of whom had appendicolith. Of those, 776 were assigned to receive antibiotics — 47% of whom were not hospitalized for the index treatment — and 776 to appendectomy, the vast majority of whom (96%) had a laparoscopic procedure. The study’s primary outcome was 30-day health status on EQ-5D with higher scores indicating better health status (0 to 1 range; 0.05 points non-inferiority margin).

Antibiotics were selected based on SIS and ISDA recommendations. The antibiotics group received an inpatient IV formulation for a minimum of 24 hours, and then a 10-day oral course post-discharge.

“Appendectomy was recommended if diffuse peritonitis or septic shock developed at any time or if worsening signs and symptoms developed after 48 hours of antibiotics; however, these criteria were not required to be met,” the authors explained.

In the appendectomy group, laparoscopic and open surgical approaches were allowed, although surgical technique was not standardized, and neither was the amount of analgesic agents or pain-control medications used in either group.

“In both groups, the protocol allowed for crossover on the basis of participant and clinician decision making,” Flum and co-authors wrote.

Finally, the mean number of missed workdays for patients was 5.26 in the antibiotics group and 8.73 in the appendectomy group, and 1.33 and 2.04, respectively, for caregivers.

The authors noted that “The CODA trial enrolled patients who had more severe appendicitis than patients in previous trials and included those with an appendicolith,” and that broad inclusion criteria may be one reason for the differing results from the APPAC trial, which reported appendectomy incidence in the antibiotics group of 16% at 90 days and 27% at 1 year.

The current trial had limitations including a short follow-up time and the fact that only 30% of the patients agreed to randomization, which may have introduced selection bias. Also, “Because this was a pragmatic trial, the protocol did not specify requirements for hospitalization or for a given antibiotic regimen,” Flum’s group stated.

Jacobs agreed with the authors that “circumstances do matter,” so an antibiotics-only approach may be the preferable treatment option during the pandemic, but he also stressed that given “dreadful health care disparities in the United States… It will be important to ensure that some people, in particular vulnerable populations, are not offered antibiotic therapy [for appendicitis] preferentially or without adequate education regarding the longer-term implications.”

The CODA trial was funded by the Patient-Centered Outcomes Research Institute (PCORI).

Jacobs disclosed no relationships relevant to the contents of this paper.