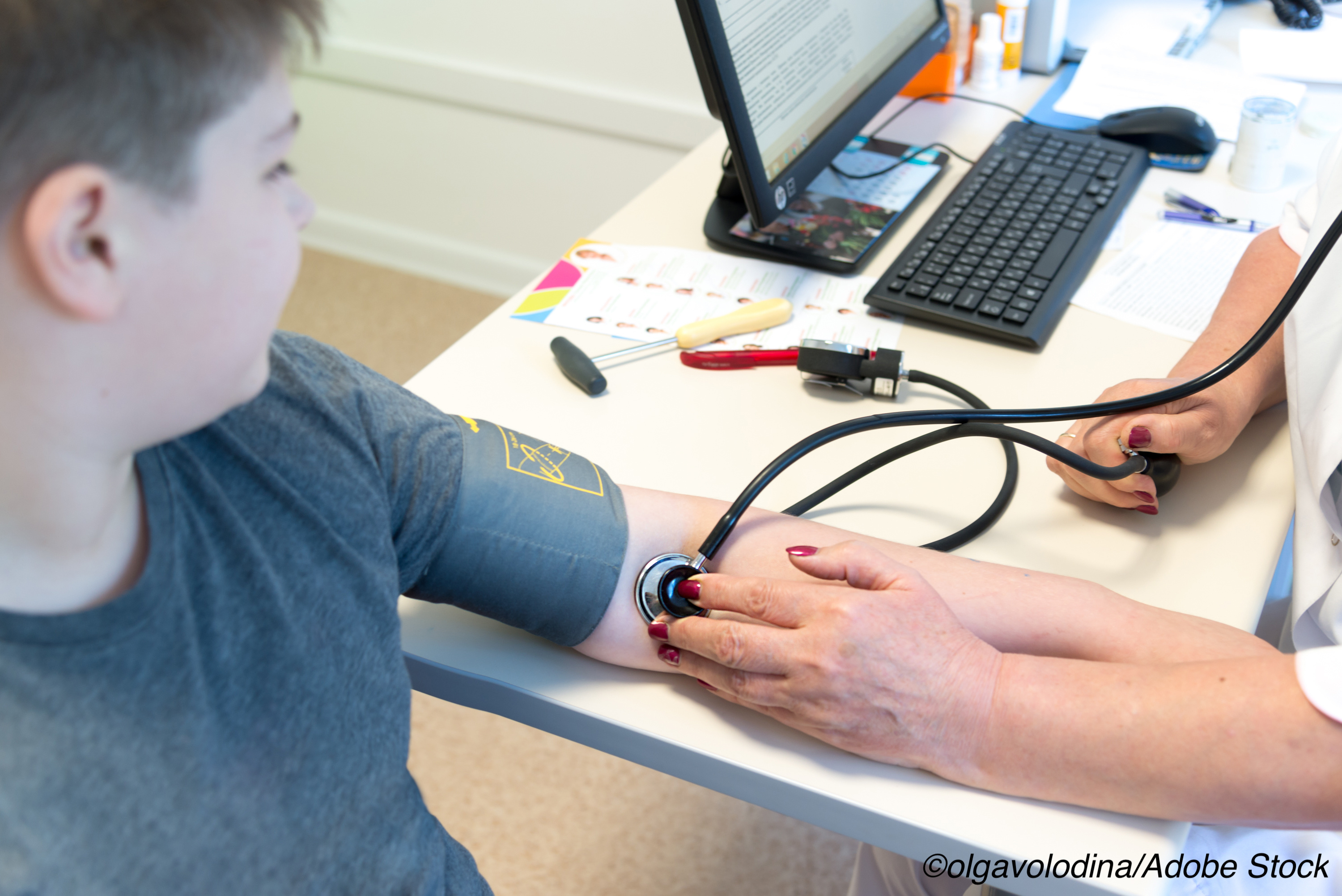 But clinicians need to follow children whose BP continues to climb

First-time blood pressure (BP) assessment may not be “nuanced” enough for pediatric patients, as those who met initial criteria for hypertension or elevated BP had subsequent normal BP levels, while those who required follow-up did not receive it, researchers reported.

Among 43,825 primary care patients who had three or more abnormal BP levels recorded, 4.3% met the criteria for hypertension (3.5% stage 1; 0.8% stage 2) and 4.9% met the criteria for elevated BP in the ﬁrst 36-month study period, according to David C. Kaelber, MD, PhD, of Case Western Reserve University in Cleveland, and co-authors.

In addition, “Our results also reveal that for many pediatric patients, even those with abnormal blood pressure levels, follow-up readings were not regularly obtained,” the authors stated. “These results highlight the need for more nuanced initial blood pressure assessment and systems to promote follow-up of abnormal results.”

This failure to follow the American Academy of Pediatrics (AAP) Clinical Practice Guideline for Screening and Management of High Blood Pressure in Children and Adolescents (CPG) even persisted among clinicians caring for patients who had abnormal BP levels, they noted.

In a commentary accompanying the study, Joseph T. Flynn, MD, MS, of the University of Washington School of Medicine in Seattle, pointed out the obvious but important message from the findings: Abnormal BP readings in children or adolescents need ongoing follow-up.

Flynn also called clinicians to task for failing to follow guidelines for the diagnosis of childhood hypertension, noting that this has been an issue dating back to 2007, based on previous research by Kaelber and colleagues.

“Fast-forward to 2020, three years after publication of the AAP CPG; we continue to see papers outlining missed or delayed subspecialty referral for evaluation of hypertension and failure to perform recommended BP screening in young children with underlying conditions known to predispose to the development of hypertension,” he wrote.

The authors extracted electronic health record (EHR) data from 165 pediatric primary care sites at 30 U.S> health care systems for the 72-month (two consecutive 36-month periods) analysis of data between 1999 and 2016. The majority of children were male, non-Hispanic white, and started the study at age <9 years. Also, most were BMI percentile ≤85th. The authors used the 2017 AAP blood pressure definitions for elevated BP, hypertension, and stage 2 hypertension.

“Although many children’s blood pressure will normalize over time, some will not, so it continues to be important that pediatric hypertension clinical practice guidelines be followed,” they stressed.

Study limitations included the fact that only about 10% of the original cohort had enough longitudinal BP measurements to be included in the study. The BP measurements were also extracted from many different EHRs with no way to know if they were obtained according to AAP CPG standards. Patient lifestyle changes are also incompletely documented in EHRs, so their impact could not be assessed.

While Kaelber’s group “shines additional light on this [pediatric BP] problem [it]…does not provide new insights on how to improve guideline adherence,” Flynn stated. “Repeated measures of BP over time by using a standard technique are needed to identify children who may be at risk for developing adult cardiovascular disease.”

The study was supported by the Health Resources and Services Administration of the Department of Health and Human Services, the Agency for Healthcare Research and Quality, the Eunice Kennedy Shriver National Institute of Child Health and Human Development, the American Academy of Pediatrics, and the NIH.

Kaelber reported no relationships relevant to the contents of this paper to disclose. A co-author reported support from Pfizer.

Flynn disclosed relationships with, and/or support from, Silvergate Pharmaceuticals, UptoDate, Springer, the American Heart Association, and the National Institute of Diabetes and Digestive and Kidney Diseases.